SCHOOLS REGISTER BELOW FOR A FREE, NO OBLIGATION ONE DAY FUNDRAISING HEALTH CHECK
Register
Tel: 07884 103013. Email: paul@stateschoolfundraising.com
CORE MISSION
State School Fundraising are an educational consultancy who believe that fundraising can make the world better , and that giving to education is a certain way to make that happen.
Our core mission is to support schools starting out in fundraising to maximise their success , and in turn enhance educational opportunities. Fundraising can transform the opportunities schools offer its young people.

We work with Multi Academy Trusts  in the passionate belief that every state school in the UK can be successful in fundraising. That is not to say that it will be easy, or quick. Patience will be needed to build records and develop relationships with those who can give. Investment in systems and people will come at some stage. A long-term plan for the school and the outcomes fundraising will deliver will be crucial. their will be disappointment as well as success - resilience is important.

Whilst acknowledging that fundraising is not always easy , it can work in every state school. State School Fundraising will work with schools to equip them with the tools and knowledge they need to build their fundraising capacity. We will focus on the role of school leaders in fundraising , and include advice on outstanding practice , as well as step-by-step guidance on how to set up effective , long-term fundraising programmes in schools.

We believe that giving is a transformational experience where an individual manifests their aspirational self. In other words they use the act of donating as a mechanism for actualising and acknowledging the person they want to be. We are inspired to give because we relate to the cause and we want to make an impact. We want the narrative we support to come from an authentic storyteller, not an individual trying to achieve their monthly KPI’s.

Donors expect transparency, inclusion and demonstration of impact. They want to be told a story that is relevant to their lives and see an opportunity to create tangible impact
​
We working on the premise that;
- educational fundraising should not be the preserve of  independent schools and universities
- all children should have access to the best possible academic, sporting and performing arts facilities regardless of background
- philanthropy will help enable this to happen if we acknowledge that it can be defined as ‘the act of transforming the social well-being of        others through generosity’
- our knowledge of creating a Foundation will help MAT's implement best practice fundraising
​

1. Why should my school invest in fundraising? ​
2. Who would donate?
Fundraising is very rarely borne equally on every shoulder. The Pareto principle - that 80% of income will be provided by 20% of customers- is typically stretched further in fundraising. It is not unusual for 90% - 95% of income to come from 2% -3% of donors. Typically that can be 10-20 gifts. So the focus for the leadership should be on the group that has the financial capacity to give at those levels. This will often need personal cultivation and attention. In state schools , this group will not usually be made up of parents or alumni. This is a key point to stress, as it remains a popular misconception. Occasional donors may emerge from these constituencies, but , unlike the independent school sector, they will probably not be the primary initial target group.
State School Fundraising will work with you to identify potential donors, particularly charitable trusts.

3. Our school has never done this; we know nothing about fundraising. Where should we start?
There are a series of practical but important issues to consider and resolve as a state school sets out on the fundraising journey. The following forms a useful check list:


4. We are committed to fundraising and know the basics, but don’t really know what we are fundraising for, or what donors will fund?

Successful fundraising starts with your school’s story. Your case for support is your chance to share your school’s vision and purpose, the difference you want to make and to bring your community with you on your journey.
A successful philanthropic narrative provides a ‘shop window’ under which fundraising projects and goals can sit. It is an authentic expression of your school and the impact it seeks to have. It engages potential donors, and - through choice of project and language used – speaks to their passions and interests.
Brief answers to three questions must be at the core of articulating a compelling story that will encourage potential donors to support you:
5. How much of a return should our governors expect to see? And what objectives should we set? If we hired a fundraiser or asked a staff member to lead it, how should we judge their performance?

Measuring success
A little data to finish with. It’s encouraging to see that fundraising is making a positive financial return in all schools, although these fluctuate and are heavily influenced by a small number of large gifts.
The chart below shows the multiple of funds raised to the cost of raising them in schools with development offices open for different lengths of time. For example, schools with development offices open for less than twelve months have on average raised nearly 15 times what they have spent.
The returns cover quite different levels of investment. For schools with development offices open less than a year, mean spending is less than £5,000 on staff and non-staff, with returns of nearly £70,000 on average. These schools typically appear to be ‘dipping a toe in the water of fundraising’.
For schools with a development function open for 4-6 years, mean spending is just over £100,000 on staff and non-staff, while funds raised show a mean of roughly £1.5m. The return on investment is similar – around 15 times what is being spent – but there is a different scale of commitment. Those with more established offices may have more discretionary funding to direct at fundraising and perhaps a more natural fundraising constituency, but it is helpful to see that returns are positive in all cases.

Infrastructure
A key element is someone with the right fundraising instincts and people skills to make fundraising flourish.
Some state schools have appointed full-time professionals to development roles – perhaps particularly an option in multi-academy trusts where costs can be shared. Others may look to make part-time appointments, or the role may be picked up by a member of teaching staff. If the role covers communications, marketing and alumni relations as well as fundraising, be sure that it is not fundraising priorities which get squeezed out.
The qualities to look for are the following:
6. We want to do this, but we know there is some cultural understanding needed in our governing body to make it work. What would support us?

Leadership -the role of school leaders
After defining your story, the second crucial factor for successful fundraising is leadership – or, put another way, storytellers.
This is likely to involve the head or equivalent. It is hard for fundraising to flourish other than through sporadic grass roots activity if the head is not engaged and interested.
But it should not all be about the head. Governors, senior staff, parents and (once they are on board) donors are all crucial, and help to create the culture of ‘a philanthropic school’ rather than one which dabbles in fundraising in rare quiet moments. One of the features of such schools is that they set out a consistent long-term vision.
Leadership is especially important in state schools, where there is unlikely to be resource to hire a large team of development professionals who can do a lot of the legwork. Instead, initially, the head and one or two staff and governors may need to step up to develop fundraising habits and expertise.
A possible avenue to consider is a fundraising committee or board (see page 24), comprising the head and a small number of staff and well connected friends (sometimes governors). These groups need patience if they are to succeed, but with leadership and commitment they can bring a focus and energy to driving fundraising forward.

7. We don’t think we can easily access big donors, but to get started we’d like to do something encouraging small gifts from everyone in our community. What do you recommend?

Digital fundraising
Digital fundraising is useful on two levels: simplifying the processing of gifts and reaching a wider audience. If used effectively, it can also be one of your best stewardship channels.
For gift processing, consider both the donor and the school. Donors expect to be able to make gifts using credit or debit cards on a desktop or mobile the same way they purchase items from a web store. The school will want to collect enough information to identify the donor and claim Gift Aid, as well as keeping transaction costs low.
If you use a giving platform such as Virgin Money Giving or JustGiving, choose with care. Some only share the identity of donors if they have also given marketing consent to the platform, meaning that you would not be able to communicate directly with people who have supported you.
When starting digital fundraising, consider the ‘campaign’ as a relatively intense period of activity (think ‘crowdfunding’ or ‘giving day’ campaigns over a few weeks), and generate as much content as possible on email (build a newsletter list of parents and alumni), and social (regular posts on social media popular with your supporter base). Formulate a campaign that has a clear goal and urgency, as it encourages giving but also turns donors into fundraisers. 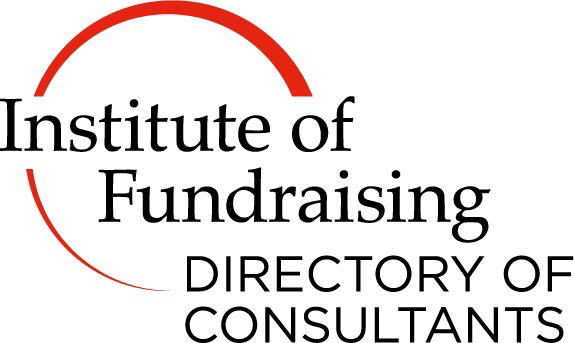